Cattle & Dairy Farming in the Tropics

The first video of the ADAPTA series presents Dr. Guillermo Ortiz of the University of Puerto Rico and rancher Neftali Lluch of the Lajas Valley in Puerto Rico discussing practical steps to combat rising temperatures and prolonged drought. Drought and heat have been hitting Caribbean producers hard and have had some particularly detrimental effects on the livestock and dairy industry. As grasses died this summer due to lack of rain, producers in the US Virgin Islands were forced to take measures ranging from collecting tree limbs and branches for fodder to relying on imported feed and actually culling herds. Pastures were so overtaxed many will have to be re-sown completely at great cost to farmers. In Puerto Rico, producers saw their costs rise as they relied ever more heavily on imported feed. Many also saw their production go down as heat stress and lack of nutrients took their toll on herds. Unfortunately, climate models are predicting more of these boom-bust rainfall cycles, with more extreme droughts expected. However, there are measures that farmers can take to reduce the impacts of drought and increased temperatures!

The second video features Dr. Joaquín Chong of the University of Puerto Rico and farmer Duamed Colón of AgroTropical, who uses innovative and sustainable techniques being used to build soil health and battle pests on a plantain and vegetable farm in Gurabo. Duamed is using a legume cover crop (Canavalia ensiformis) to increase organic matter, improve soil health, and reduce erosion and herbicide use.

The third video of the ADAPTA serie presents soil and water conservation techniques utilized by an ecological farmer to deal with climate related issues in the mountains of Puerto Rico. The video takes place at the Siembra Tres Vidas farm in Aibonito, where Daniella Rodríguez Besosa and a group of farmers grow vegetables, herbs and edible flowers using permaculture techniques and without the use of pesticides or chemical fertilizers. Permaculture is a system of agricultural design based on the principles of ecology that seeks the healthy and harmonious integration of nature and people. Among the permaculture techniques that they implement are the use of terraces to prevent soil erosion and improve water infiltration in the terrain, and the use of mulch and cover crops to fertilize and regulate soil temperature. 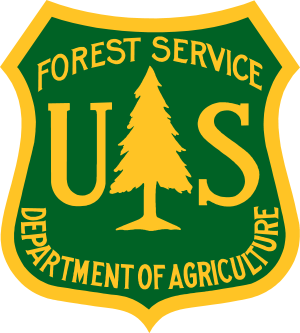 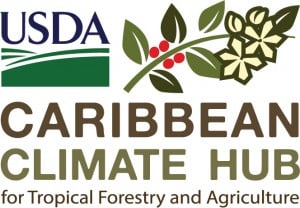