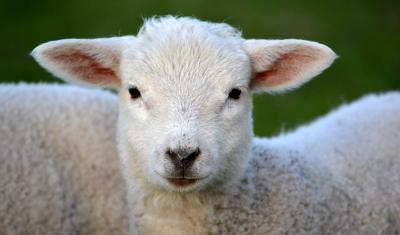 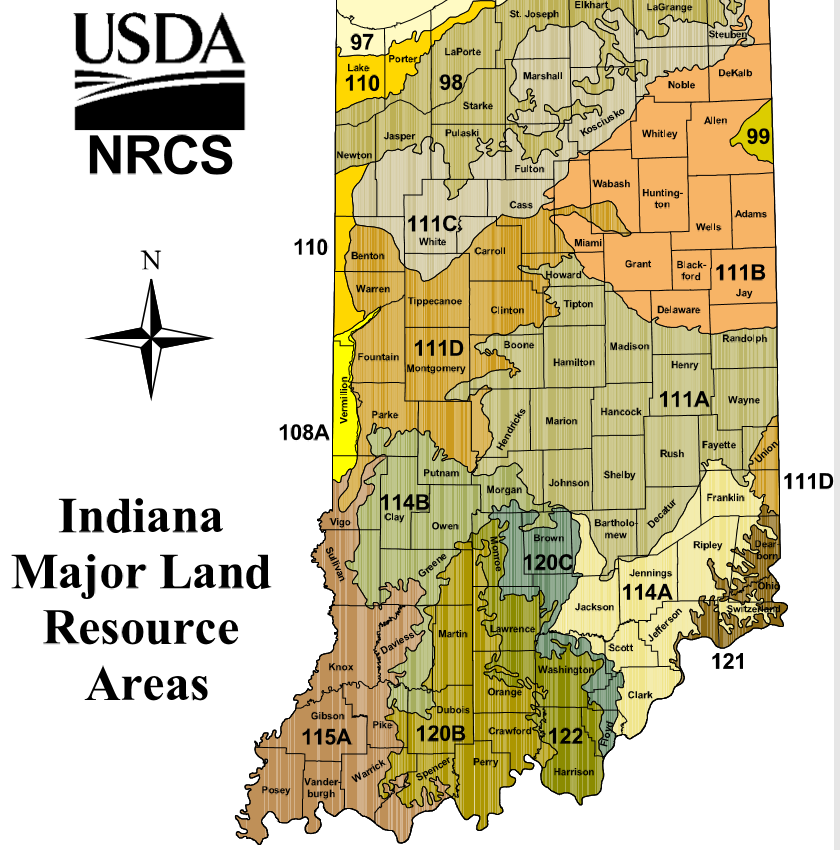 John and Jessica Small operate Small Acres Family Farm on the edge of the Muscatatuck Plateau and the Dearborn Upland region, within Major Land Resource Area (MLRA) 114A. The topography of this region ranges from nearly level to very steep glaciated uplands, dissected by tributaries of the Ohio River. Most of the land in this MLRA is privately owned farms, producing cash-grain crops and livestock. These crops are primarily corn and soybeans, along with a lesser amount of small grains such as winter wheat and oats.  Tobacco production, apple orchards, and other specialty crops make up a small number of acres. The dominant soil orders in this MLRA are Alfisols and Inceptisols.

Small Acres Family Farm sits on 88 acres in Dearborn County in southeastern Indiana. The land has been in the family for years, but the Smalls returned to the farm within the last ten years.  Their primary enterprise is grass-fed lamb, and 65 acres of the farm are in pasture.  In the winter, their 150 sheep are kept in a sacrifice area and are fed hay and distillers grain.  During the growing season, the animals are moved to fresh grass every 3 to 5 days.  Their goals are to improve soil health, enhance the sustainability of their operation, and to produce some profit to supplement their off-farm income.

According to an Indiana Climate Change Impacts Assessment report, projections for Indiana’s climate include: 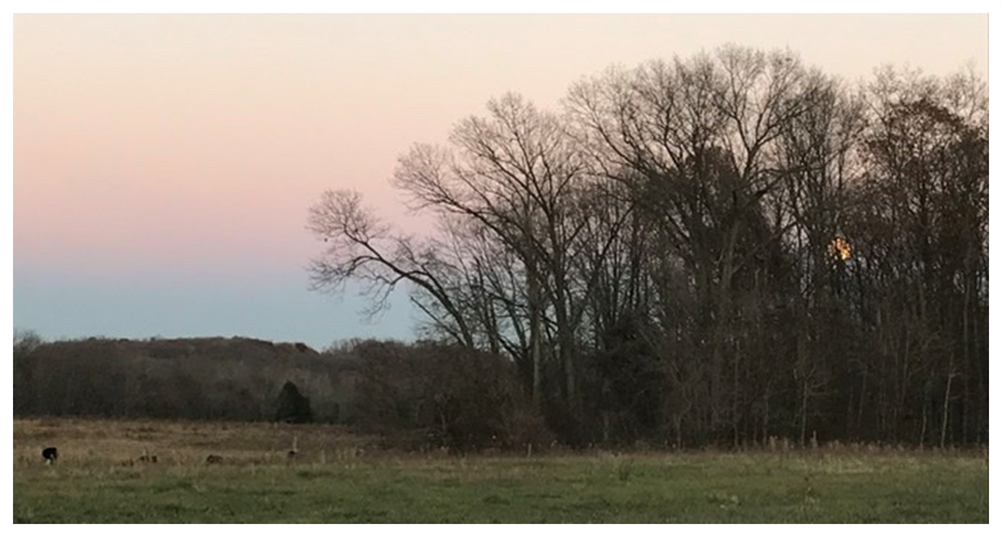 Climate change will produce both challenges and opportunities for this family farm operation.  Increased rainfall and more extreme precipitation events may increase erosion and nutrient loss in soils, decreasing the farm’s productivity while also contributing to negative downstream effects.  Wetter weather will also cause more mud in pastures, which can be a stressful situation for livestock, especially the young lambs.  Warmer temperatures in the summer can cause heat stress in the animals, while also contributing to decreased soil moisture.  A lack of soil moisture during the growing season can significantly impact pasture growth and regeneration, which can lead to feed shortages and increased costs for purchasing additional hay.

Opportunities are less numerous. However, pasture grasses could benefit from longer growing seasons, if there is enough moisture at the right times.

The Adaptation Workbook was used to identify some potential adaptation actions for this project. Several approaches were identified, including improving soil health, managing livestock for warmer and drier conditions, and diversifying the system with new varieties. More specifically, to improve soil health, the Smalls will bring in off-farm inputs of organic matter, such as hay and horse manure. To prepare their livestock for a warmer and drier climate, they intend to plant trees for shade in pastures and have begun digging additional ponds for greater water availability.  Another adaptation tactic they will employ is diversifying their pasture plantings to include species and varieties that are better adapted to the conditions they expect to see in the future.

(See step 4 in the full text pdf for additional details)

It is important to monitor the effectiveness of climate-adaptation tactics over time, to see that the selected tactics are helping to achieve management goals, or that progress is being made. By tracking change over time, it can be determined whether management should be adjusted or changed in the future.  The Smalls intend to make visual assessments of their pasture productivity and health and send lamb tissue samplings for assessment, to determine whether the health of their soil and pastures is improving.