Jessica Halofsky is the Director of the Northwest Climate Hub as well as the Western Wildland Environmental Threats Assessment Center. Jessica is an ecologist with over a decade of experience in climate change science and applications. Jessica has been a scientist at the University of Washington, School of Environmental and Forest Sciences since 2008, conducting applied research on fire and disturbance ecology, vegetation dynamics, and climate change impacts and adaptation. She has worked on a number of model-based projects focused on potential shifts in fire regimes and vegetation with climate change.

Jessica has also worked closely with Forest Service scientists and managers through her work at the University of Washington, with a joint University-Forest Service (Office of Sustainability and Climate and PNW Station) affiliation over the last several years. She pioneered one of the first climate change vulnerability assessment and adaptation projects with Olympic National Forest and Park. Since that initial project, Jessica has co-led (with Pacific Northwest Research Station emeritus scientist Dave L. Peterson) eight other sub-regional to regional-scale climate change vulnerability assessment and adaptation projects around the western U.S. Read more about these project at Adaptation Partners. Jessica was recently recognized for her climate change work with a National Climate Change Adaptation Leadership Award for Natural Resources from the Association of Fish and Wildlife Agencies.

Changing wildfire, changing forests: the effects of climate change on fire regimes and vegetation in the Pacific Northwest, USA (2020) 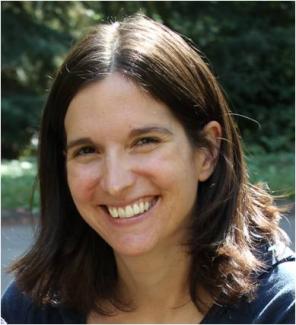