Biomass Energy in the Northwest

What is biomass energy?

Biomass energy, or energy made from plant and animal products, is a source of renewable energy. It reduces our reliance on fossil fuels (mainly oil, gas, and coal), preventing the release of carbon into the atmosphere from those nonrenewable resources. Biomass energy has the potential to be carbon neutral. This can happen if the way it is created removes the same amount of carbon from the atmosphere that it releases (e.g., if growing, transporting, processing and burning ethanol created from canola emits the same amount of carbon the canola needs to grow). Biomass energy can also be carbon neutral if it prevents greenhouse gasses from being emitted from other sources (e.g., powering generators with recycled vegetable oil from restaurants, thereby preventing those generators from being powered by coal). Although it can be carbon neutral, biomass energy is not always nutrient neutral, in that to grow and transport biomass, nutrients are required that may release greenhouse gasses (gasses that cause global warming) or pollutants. These include, but are not limited to, nitrogen compounds from fertilizer for agriculturally produced biofuels, and carbon dioxide from transporting, processing, and growing biofuels.

The United States has a goal to reduce reliance on fossil fuels and increase the volume of renewable fuels, including those generated from woody biomass. In the northwestern U.S., biofuel production has grown in recent decades, and the region plays an integral role in reaching the goals set in the U.S. biofuel policy. The Pacific Northwest (Oregon, Washington and Idaho) has the ability to produce up to 122 million gallons of biodiesel per year from oilseed crops, which could fuel all U.S. diesel trucks for transportation for one day. If other types of biomass are used to create biofuel, Northwest biofuel energy production could increase significantly.

Some common sources of biofuels in the Northwest include: 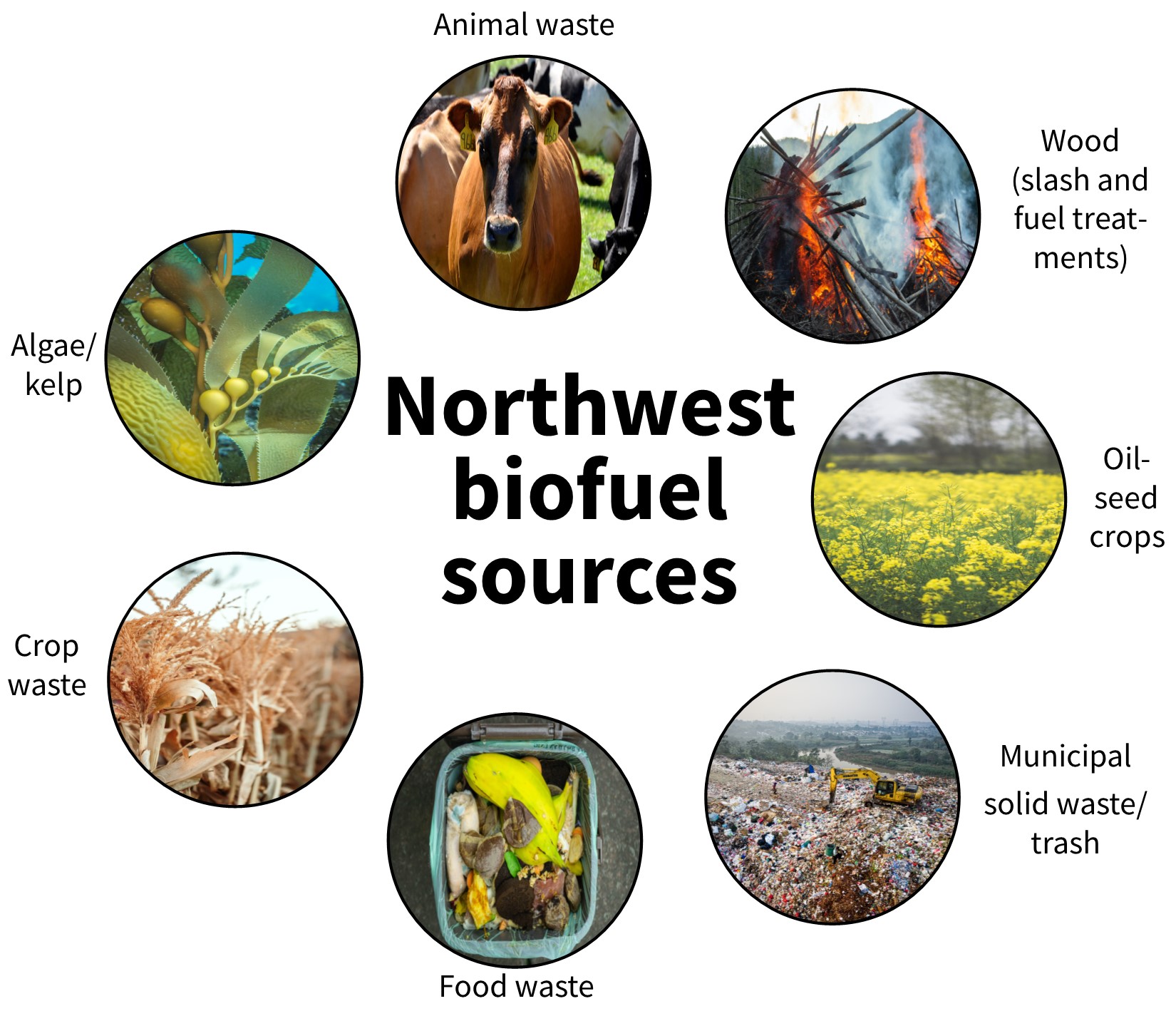 According to the Environmental Protection Agency (EPA), some potential benefits of increasing biomass energy capacity include:

Some considerations for potential negatives of increasing biomass energy capacity include:

Scientists are still exploring the sustainability of biofuels to determine optimal ways to reduce atmospheric carbon. They are investigating how long it takes for the carbon that biofuels release to be reabsorbed by new plant growth and determining what types of fuels remove atmospheric carbon quickly enough for biofuels to be carbon neutral.