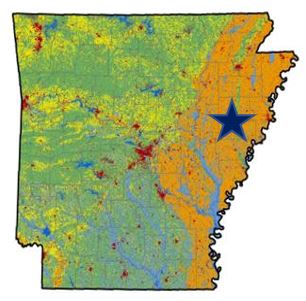 This case study was developed for the J Alvin Lee Farm, LLC (Lee Farm) located in the Delta Region of the central eastern part of Arkansas, where most of the state’s row crop farms are concentrated.  The landforms in the area are level or depressional to very gently undulating alluvial plains, backswamps, oxbows, natural levees, and terraces.   Arkansas’s climate is classified as humid, subtropical, with mild, cool winters that sometimes dip below freezing; springs that can experience late season frosts and freezing; warm, humid summers where temperatures often exceed 100° F, and occasionally exceed 110° F in the southern part of the state; and mild autumns that are generally the driest part of the year. The Lee Farm has been in operation since 2008 and is 100% row crop production, including: corn, milo (grain sorghum), rice, soybeans, and winter wheat.  Crops are managed under a crop rotation that typically rotates a high residue crop (corn, milo, rice, and winter wheat) with a low residue crop (soybeans). In this system, crop residue is left in the field after harvest to help cycle plant nutrients back into the soil, improve water holding capacity, and protect exposed soil. 65% of the cropland is managed under irrigation while 35% is managed as dryland.  Fields are managed using flood irrigation when rice is produced. 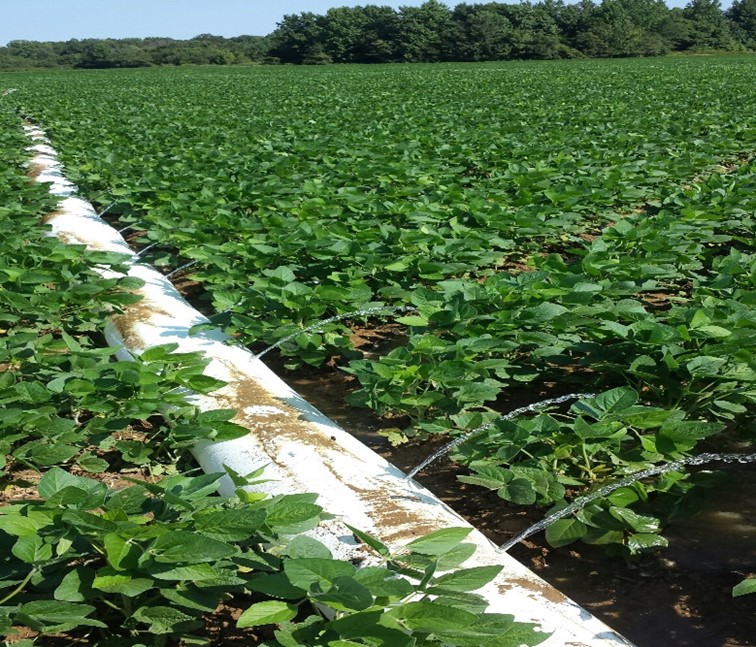 The management goals for the Lee Farm are to:

The impact of a changing climate is not going unnoticed on Lee Farm, as weather patterns are markedly different from one year to the next.  While the average annual temperature in Arkansas was highly variable during the 20th century, there has been an upward trend since the 1970s that is projected to continue.  This will result in increased heat stress and soil moisture loss.  Extreme rainfall events are not uncommon in Arkansas; however, changing rainfall patterns (heavier rain events followed by more extended dry periods) will continue to challenge agricultural producers.

Climate change and variability have the potential to affect operations on the Lee Farm in several ways:

Climate change and variability will continue to be a challenge on Lee Farm.  Many of the challenges are similar to those faced by other warm-season crop farmers, primarily increasing temperatures and too much (flooding) or too little (drought) precipitation.  Warmer temperatures could result in lower yields (for crops and residues) if soil organic matter respiration rates increase, and higher water demand outpaces availability.  Higher variability in precipitation can also negatively impact crop productivity through drought, flooding, and increased pests and disease.  Lee Farm can reduce their risk to high temperatures and variable precipitation rates by 1) choosing crop varieties and planting dates based on forecasted precipitation and soil moisture levels, 2) planting high residue crops and cover crops to improve soil health, increase soil organic matter and infiltration, and reduce soil moisture and carbon loss, 3) using no-till farming and a controlled traffic system to reduce soil compaction and improve soil structure, and 4) expanding irrigation to areas not receiving enough moisture. 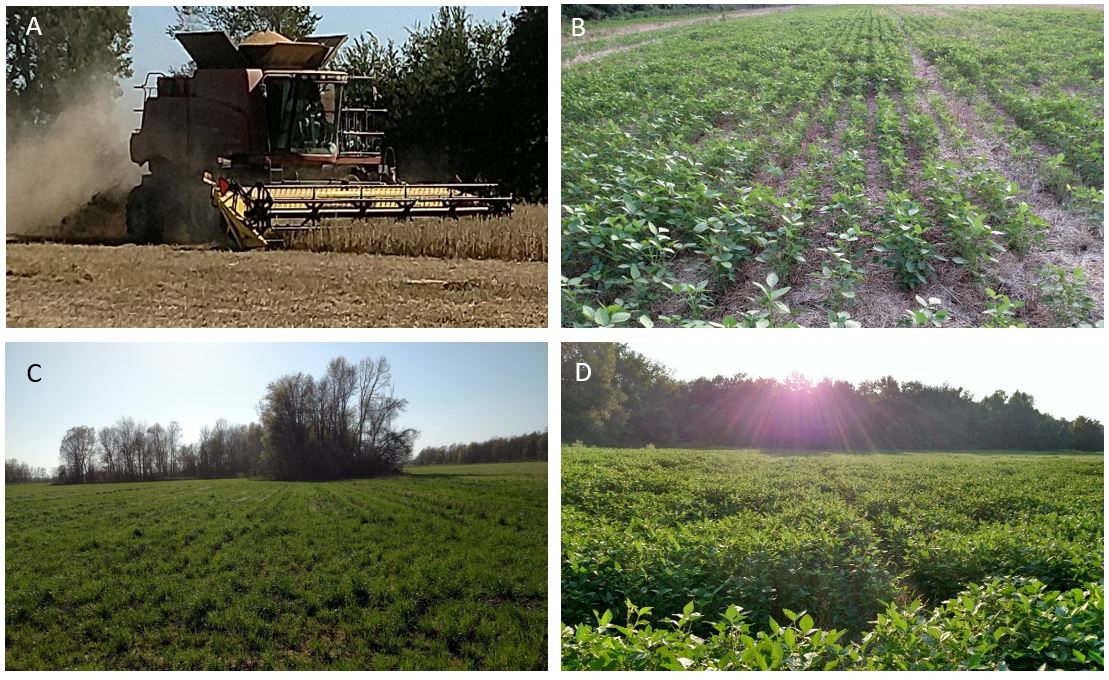 A) First year no-till farming reduced standing wheat stubble so B) soybeans could be planted as a low residue crop. C) Cover crops, such as black oats, clover crimson, and turnips were planted in between harvests to improve soil nitrogen and reduce carbon loss, and D) second year soybean production was noticeably higher.

The Adaptation Workbook was used during a brainstorming session to identify potential approaches and tactics that can be implemented on Lee Farm to increase resilience to climate change and variability.  Numerous potential actions were identified to increase farm resilience in the near-term, and several additional actions were identified to enhance the ability of the farm to cope with longer-term changing conditions. For example, increasing soil organic matter through crop rotation, cover crops, no-till farming, residue retention, and other practices has increased the farm’s resilience to both drought and extreme precipitation in the near-term and under a changing climate. Additional adaptation tactics include:

As the climate changes in the Delta Region of Arkansas, Lee Farm will continually monitor their management decisions and how those decisions impact challenges and opportunities in production agriculture and farm health.  Specifically, they will evaluate their crop productivity as they switch between crop types, varieties, and planting times of alternate crops that can reduce risks when weather conditions are not favorable.  One good indicator that the selected management systems are working will be any increases in farm sustainability.  Increases in crop yields and reductions in costs (e.g., less sediment removal from drainage ditches, less water usage) will serve as indicators of improved sustainability.  The use of farm production records documenting improvements in soil nutrient levels via soil testing will give some ideas about improvements made on the farm.  Maintaining good farm records for multiple years will also provide opportunities to track improvements though the years.  Likewise, on-farm crop yields can be compared to county or local averages to evaluate the performance of Lee Farm relative to neighboring farms, particularly those with similar soils and management histories.