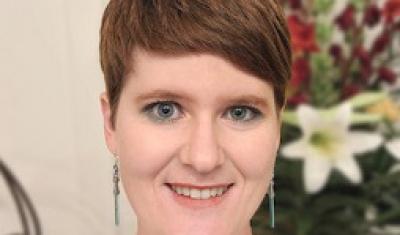 Farmers in the Southern Plains, including Kansas, Oklahoma, and Texas, are no strangers to weather variability and its challenges. Climate change has exacerbated the unpredictability of weather in this region, and evidence suggests that it is causing more severe weather events. By adapting their farming practices to build soil health, some producers hope to develop more resilient farming operations that can cope with the increasingly severe and unpredictable weather. From 2018-2019, the SPCH Fellow, Cait Rottler, researched how these soil health management practices affect soil health, and how their effects vary across the geographical range of rain-fed agriculture in this region.

The Ogallala Aquifer (OA) underlies about 170,000 square miles (111 million acres) of Wyoming, South Dakota, Nebraska, Kansas, Colorado, Oklahoma, Texas, and New Mexico, including about 1.9 million acres of tribal lands and 2.9 million acres of federal lands. Water from the aquifer is vital to regional aquatic, riparian, range, and agricultural ecosystems. Management of the OA presents challenges in various forms, as it is a common resource that crosses multiple state lines and is subject to an array of Federal, State, Tribal, and Municipal regulations. Aquifer depletion, especially in a region expected to become hotter and drier with climate change, presents a growing problem, threatening both natural and managed ecosystems. There has been little success in reducing the rate of depletion, in spite of a preponderance of data available to support research, resource management, and outreach.

One way to begin approaching the complex issue of understanding and managing the OA at the regional scale is to address the problem of multiple large, disparate datasets that, as a result of being difficult to locate, are not easily combined and synthesized in a way that supports science-based decision-making and communication between and among stakeholders. The Ogallala Data Directory Project will work with stakeholders, receive guidance from an advisory team, and leverage the programmatic strengths of the DOI South Central Climate Adaptation Science Center (CASC) and USDA Southern Plains Climate Hub to identify datasets and make them easier to access with less labor-intensive searching. Project outputs will include metadata information that assists in cataloging geographic scope of coverage, time period, and data type. The directory will be hosted with the Ogallala Water Coordinated Agriculture Project (OWCAP) data portal that has been built through a collaboration with the Colorado State University Natural Resource Ecology Laboratory (CSU NREL). Outreach to bring awareness to the directory will be carried out with the assistance of the OWCAP as well as the South Central CASC and Climate Hub. It will also be publicized at national (e.g., American Geophysical Union, Soil Science Society of America) and regional conferences, via other project partner networks such as the DOI Playa Lakes Joint Venture, and through technical publications.

Improving soil health is commonly suggested as a way to “buffer” agricultural systems against climate change impacts such as increases in drought, storm severity and annual temperature. A number of producers in the U.S. Southern Great Plains (SGP) and elsewhere have begun to manage their systems with an emphasis on improving soil health, but adoption of these practices is not yet widespread. There is evidence that soil health management (SHM) has positive effects on soil health that conventional management (CM) does not, but the effects have not been compared to sustainability managed conventional systems, nor have they been quantified using a standard method across regional climatic gradients such as those that characterize the SGP. In this study, we used a network of 3 pairs of SHM and CM sites at 12 locations in Kansas, Oklahoma, and Texas to test a suite of biological, chemical, and physical soil health indicators. We analyzed differences among these indicators to better understand how SHM and CM fields compared across the region, and to identify potential effects of precipitation and temperature on these differences. We found that responses to management were not uniform across the SGP and that soil health indicators responded primarily to climate, rather than to management practices. These results suggest that soil health responses as a result of SHM may be constrained by other factors, resulting in variations across the landscape that make soil health assessments challenging. Our findings underscore the importance of understanding management and other impacts on soil health when developing realistic land management goals.