Feral Swine in the Northwest

Feral swine have recently invaded parts of the Northwest. They have been invading southwestern and central Oregon since 2004 and were first detected in Washington in 2016. Idaho has not seen significant numbers of feral swine, however migrating pigs may pose a threat. The population growth potential of feral swine is closely associated with food availability, which is becoming more abundant year-round due to warmer winter conditions that are linked to climate change.[1] Projected increases in extreme events and average summer temperatures in the region are not expected to negatively impact the success of feral pigs.[2] In response, timely population control measures are necessary to avoid damage to crops, forests, and rangelands.

Why are feral swine a problem? Feral swine are destructive to crops, pastures, and livestock, causing over two billion dollars in damages to US agriculture each year through a combination of:

Feral pigs are highly destructive to ecosystems as a whole by: 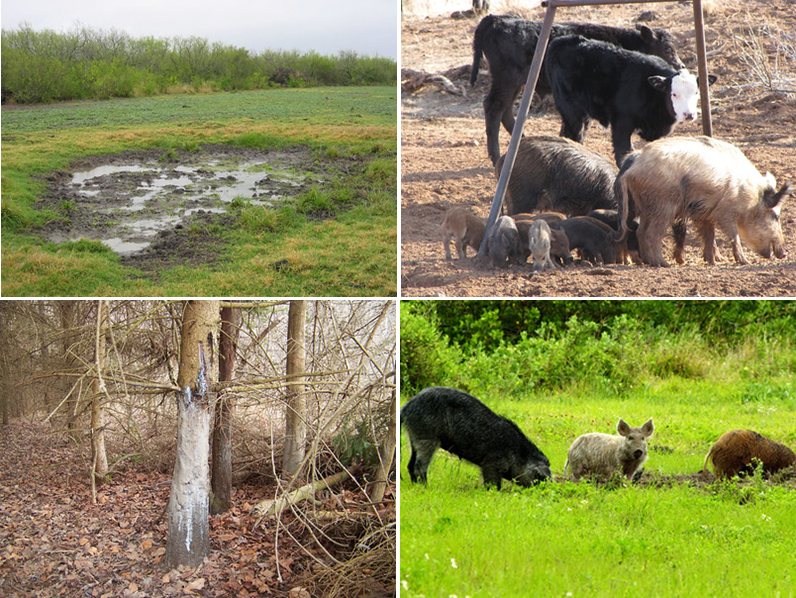 What can managers and landowners do to prevent further spread of feral swine in the Northwest?