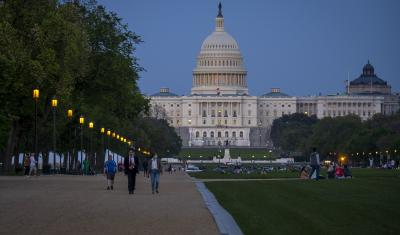 On the day he took office, President Biden began the process of rejoining the Paris Agreement on Climate Change.

The goal of the agreement is to limit global warming to well below 2, and preferably to 1.5 degrees Celsius, compared to pre-industrial levels. The IPCC believes a limit of 1.5 degrees C will avoid the worst impacts of climate change. With the U.S. rejoining the Paris Agreement, countries now responsible for over 96% of global fossil fuel carbon dioxide releases have pledged to cut emissions.

The President issued a broad Executive Order tackling climate change on January 27 that provided an outline of how the U.S. will proceed. It calls for a transformative, Government-wide approach that reduces climate pollution in every sector of the economy.

The Executive Order calls on USDA to collect input on “how to best use Department of Agriculture programs, funding and financing capacities, and other authorities, and how to encourage the voluntary adoption of climate-smart agricultural and forestry practices that decrease wildfire risk fueled by climate change and result in additional, measurable, and verifiable carbon reductions and sequestration”.  The USDA began the process of collecting this input with a Request for Public Comment in the Federal Register on March 16th.   In addition to Climate-Smart Agriculture and Forestry Questions, the USDA Federal Register request asks the public for input on:

The period for comments ends at midnight on April 29, so please consider this opportunity. Based on the public input, the USDA will then make recommendations for an agricultural and forestry climate strategy.

Although the USDA has yet to issue its strategy, there are already several themes evident. First, the USDA seems intent on finding incentives for producers to voluntarily store carbon in soils and forests. The shape of these incentives remains to be seen, but a cooperative, non-regulatory approach is clear. Second, there will still be a focus on adapting to climatic changes that have already occurred and further change that is inevitable based on past emissions. However, if the world succeeds in meeting the Paris Agreement, the science says we really will avoid the worst impacts described in the highest climate scenarios such as RCP8.5. This is good news indeed.

Many issues remain on how to best store carbon, reduce greenhouse gases, and adapt to climate change, and it is likely that some of these will be addressed with additional funding such as the recent NIFA announcement addressing climate-smart farming.

In this issue of the Northeast Climate Hub newsletter check out additional stories on carbon storage in soils and forests, and another that addresses climate-smart agriculture.